This United States is a country of immigrants. Our foundation was built on the backs of the small business owners who came to this country to give their families a chance at a better life. While today’s anti-immigration news climate might seem to impede the path of those living abroad who have a desire to move to the United States – it doesn’t mean you can’t get here. The entrepreneurial American dream is still very much alive and well.

The United States allows several pathways for those who would like to come here and invest in a business – because those businesses help to strengthen the American economy and create jobs.

One of these pathways is by way of the E2 Visa. 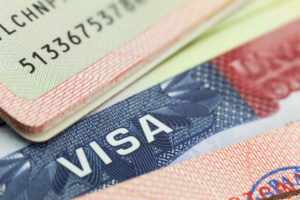 An E2 Visa is an option worth considering if you are a foreign buyer because it allows a non-immigrant investor to come to the U.S. with their spouse and children to live and work so long as they invest in a business that qualifies for E2 status. There are rules to consider, such as whether or not the country where you hold citizenship will allow you to qualify for this type of Visa, but those answers can easily be found by checking the Department of Homeland Security U.S. Citizen and Immigration Services website, found here:

or by asking a qualified business broker who has experience with the E2 Visa process (like us!).

If you are a business seller, then this type of Visa could potentially be very important to you as well. If your business qualifies for E2 status, then you will be opening your business listing to a huge market of investor buyers who are looking for a way to come the the United States.

If you haven’t heard of getting your business qualified for the E2, don’t be surprised – there are not many brokers who are experienced in this type of transaction, and many falsely believe that throwing a Visa into the mix will slow a transaction down. While a Visa does add a few more steps (mostly on the buyer side of the table), in most cases the process will only be delayed by a few weeks – and quite frankly we have had more deals held up by the sellers themselves than we ever have by consulates evaluating E2 status.

If you think the E2 might be your path to entrepreneurship in the United States, don’t delay. There are great businesses for sale that currently meet the E2 requirements. If you haven’t asked about qualifying your business for the E2 Visa, please do by contacting us today! The more buyers who see you business as a potential investment opportunity, the better – so why limit yourself to only local and national buyers? Get your small business on the international scene and you will have a great chance of finding the right buyer.

Are you a foreign buyer who is interested in the option to buy a business in the States with the E2? Are you a seller who wants to know if your business would qualify? Please feel free to leave any questions or comments here and we would be happy to help!

Immigration has become a buzz word in our new cycle lately, and as such it might feel like for every five seconds that passes the immigration policy of our nation changes six times. While this is obviously an exaggeration, immigration news has become an every-evolving story, and recently there have been some very big news events in the immigration world.

Chief among them? The third iteration of Trumps travel ban is now out, and this newest version has kept the six countries on the second version plus three more, Chad, Venezuela and North Korea. The inclusion of North Korea is not surprising considering our current tensions with that country, and Venezuela’s inclusion isn’t surprising when you note that this only includes Venezuelan government officials. Chad’s inclusion on the list, however, is leaving some scratching their heads. The United States has a good relationship with the country of Chad and their military has recently worked to fight terrorist groups hand in hand with United States. The administration has been rather quiet on their reasoning for the inclusion of Chad, only saying that the countries listed are those who do not meet the requirements for information sharing and vetting of citizens before they are granted Visas to enter the United States.

This travel ban, like the two before it, has been partially blocked by two courts in the United States – one in Hawaii and another in Maryland. How these newest legal challenges play out and whether or not this issue will again have a chance of coming before the Supreme Court remains to be seen, but the legal challenges are again based on the notion that the travel ban is a Muslim ban – something the administration denies.

What does all of this immigration news mean to current business owners within the United States? The pool of potential buyers for your business may shrink as investor Visas and the H-1B continue to remain under attack. If you are a foreign national looking to come to the United States, you should keep an eye on immigration changes, but you should not let the constantly negative news feed discourage you from keeping the U.S. as an option for your business investment.  Every attempted change to immigration policy has been met with both legal challenges and swift, vocal disagreement from industry leaders.

It is important to remember amidst all of the immigration fury that our nation is a nation of immigrants. Our innovation and our success have been driven by immigrant ingenuity and the ingenuity of the children of those immigrants. Our strength comes from our heritage as a place friendly to those seeking the American dream. If we ignore that heritage we simply cannot continue to retain our national strength. Positive immigration reform is the only viable path forward.

Are you a foreign national who is considering a move to the United States, but have questions about what the current political climate means for you? Are you a business owner who would like more information on the pool of foreign national business buyers? Ask us! Please contact us today and we would be happy to help.

Comments Off on The Current Immigration News Round-Up

Small Business And Immigration: Why Business Owners And Foreign Investors Should Be Paying Attention

The news cycle in the last few months has been awash with immigration upheaval, so much so that many people have started to tune it out.

If you are a business owner, especially one that is considering selling sometime in the near future, you really need to be paying attention to what’s going on in the world of immigration. The negative perception recent immigration changes created may end up having a dramatic effect on your business and your ability to successfully sell.

If you are a foreign investor who is considering a move to the United States, you should also be paying attention because immigration issues and changes could potentially slow down those plans.

Take the two on-hold travel and refugee bans. These bans not only stopped people from the seven and then six Muslim-majority nations from entering the United States, it made a dramatic and symbolic declaration about where America as a whole stands on issues of religious acceptance – whether that was the intention or not. In the wake of the travel ban there was a wave of canceled trips to the United States that affected the tourism industry (and the small businesses that industry supports) in a big way. Many foreign tourists canceled their trips to the U.S. because the bans created a perception that they might be stopped at the border or might face intolerance while here.

The second big piece of news was the new guidelines that will affect the H-1B Visa. While this Visa isn’t typically used by small businesses, the ripple effect of changes to this Visa program are being felt across the small business world. Like the travel ban, scaling back the recruitment of specialized foreign labor, especially in the technology sector, has damaged the perception of the United States as a tolerant place to work.

Visas were also in the news because of the Kushner family and their pitch to Chinese investors about the EB-5 as a pathway to citizenship in the United States.

The EB-5 program is much smaller than it’s more well known H-1B counterpart, and is vastly different in both purpose and requirements – but the reporting on both have cast the entire Visa system in a very negative light. The EB-5 is an investor Visa, meaning those who qualify have the intention of investing a substantial amount (think upwards of $500,000) in a business within the United States that will create jobs for American citizens – and the investor is granted a Visa for themselves and their immediate family (spouses and children) in return. EB-5 Visas are good for the economy in general and have long been used to fund major building projects that would in turn help small businesses in the surrounding areas. Losing or major restriction of the EB-5 would likely cause big problems for new building projects that boost the local small business economy.

Another major Visa program that touches the small business world is the E2 Visa. Like the EB-5, the E2 is an investor Visa – although it requires less capital. The E2 is typically used when foreign entrepreneurs want to buy a small business and use that ownership as a means to immigrate to the United States.

What’s a business owner to do? If you are considering selling your business, you might want to keep an eye on immigration policy changes, especially if your business is one that would qualify for the E2. If you are a foreign investor, don’t panic. If you’ve been keeping tabs on our immigration news cycle then you know that every potential change to the immigration system has been met swiftly and intensely with legal maneuvering, push-back and protest. The United States is a country made up of immigrant entrepreneurs and the descendants of those immigrant entrepreneurs. Massive change has little chance of long term survival because those changes are proving to be highly unpopular.

Have more questions about the link between small businesses and immigration? Contact us or visit www.E2Visa.com for more.